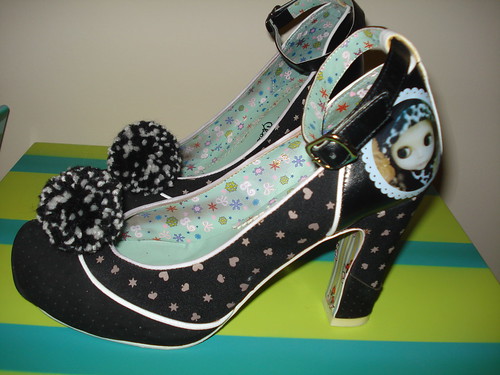 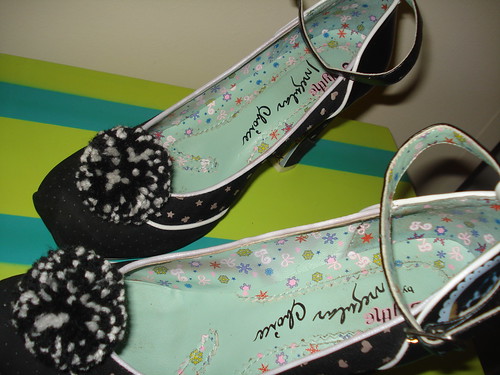 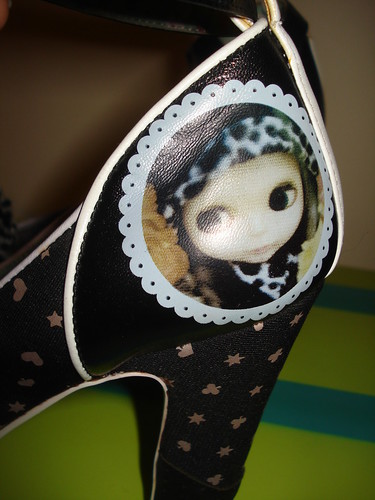 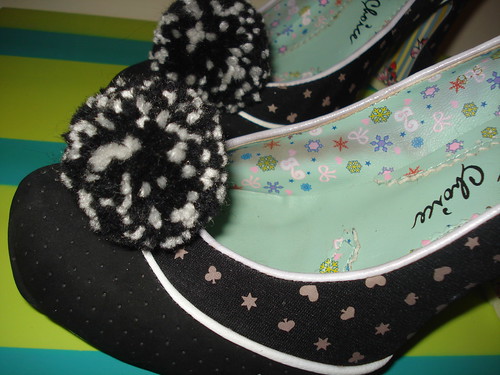 I thought that starting the #irregularchoicechallenge, where I wear a different pair of my Irregular Choice shoes each day (and post a pic on Instagram) would mean that I finally get around to wearing some of the pairs which have never had an outing. What I seem to have been doing instead, this past week, is scouring eBay for new pairs to add to my collection, which means that it's going to take even longer to work my way through them all!

I have a few of the Irregular Choice/Blythe pairs in my collection already, (these pink ones and these green being my most worn) but before spotting them on eBay a couple of weeks back,  I'd never even seen this pair before. I have no idea what the style is called (I don't know many of them, to be honest, which is something I've realised since beginning my challenge).

I was immediately taken by them. The fact that they're monochrome and yet have so many different things going on really appealed. I love the pom poms, which are wool, and the different fabrics mixed together on the uppers. Obviously I love the Blythe doll face on the side of each shoe as well.

The ankle straps can be removed, although I think if I do that they may  be a little big for my feet. I also have visions of wearing them with a pair of coloured tights underneath, for the contrast, so I feel as though I need to get them worn as part of my challenge pretty soon, before tights weather leaves us behind for a while. For some reason, the woolen pom pom makes me think winter.

Have you seen these before? What would you wear them with?
Posted by char at 11:01