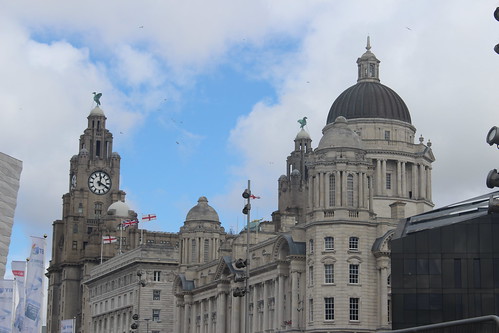 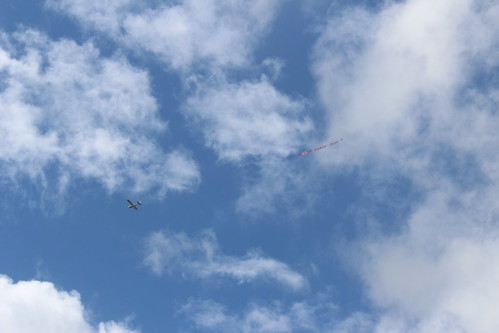 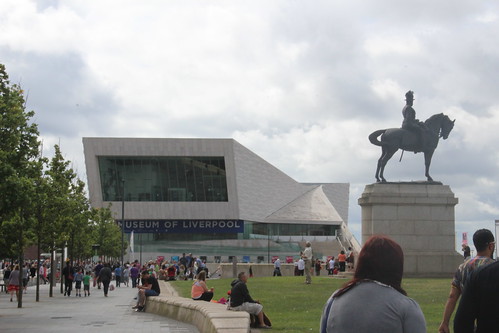 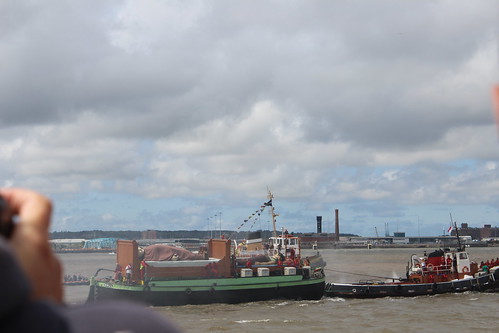 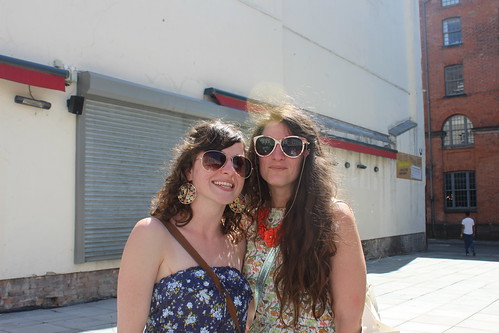 Yesterday, I navigated plenty of roadworks en route to Liverpool to try and catch sight of some giants in the city. I didn't manage to see the giants when they came to Liverpool in 2012 so I was really excited when I heard that The Giant Spectacular was coming back this year to commemorate the centenary of WW1.

As Sunday was the last day of the giants' tour, they were due to head back through the streets and to the Albert Dock, where they would get onto a boat and sail back to France. We followed the crowds and headed to the docks, trying to secure a decent space to see them on the boat as they left.

After a little while of waiting and listening to the various grumbles of The Grumpiest Man in the World, who happened to be standing behind us, we finally saw to boat head past us, with Grandmother and Little Girl Giant in their beds. I don't think you can really tell from my photo how huge these giants are, but Alex sent me the above photo of Little Girl Giant which she'd taken on Saturday, and which I think gives a better idea.

I really hope these giants come back again in the future as they were quite an amazing sight. I'd love to see them walking through the streets. I also made the most of being in Liverpool and met up with one of my best friends, who I've not seen in far too long!

Other highlights of the day included a whistle-stop tour of ALL of the cafes on Bold Street, all of which were super busy; finding some rather fabulous vintage pieces to add to the wardrobe, yummy ice lollies in the garden and buying far too much from the Monsoon sale.