Round and Round the Garden.. 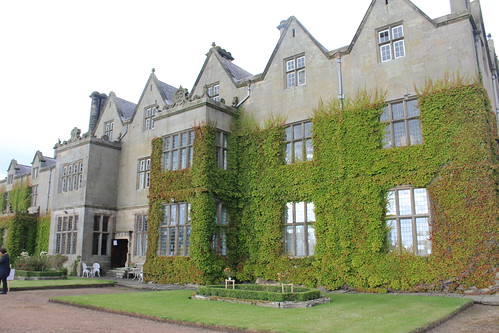 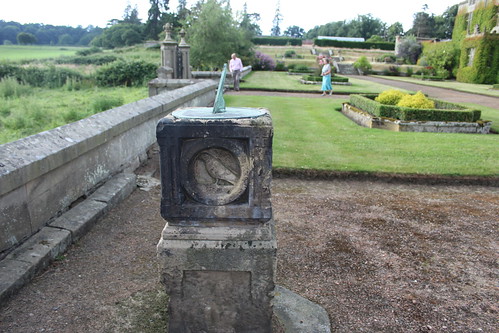 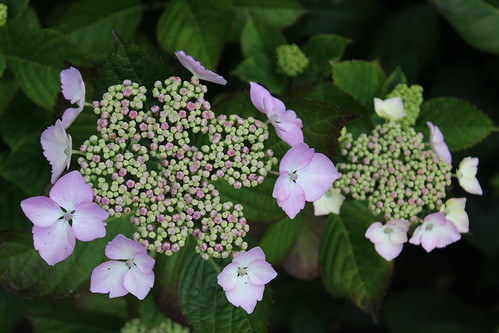 Last week, I headed to local(ish) Acton Reynald Hall for an evening of am-dram theatre, to watch the third in a series of plays by Alan Aykbourn - The Norman Conquests.

The hall itself became home to the Corbet family, when they left nearby Moreton Corbet Castle in about 1800 and some of it was purpose-built to extend the building at that time. I believe it was extended yet again in 1840 and repairs must have been made in 1893 according to the dates on the side of the building. It was later used as a school, but is now owned privately and lived in.

The current owners quite kindly offer the hall as a venue for their annual performances and I do try to make the effort to support them. Ordinarily we would take a picnic with us to enjoy in the grounds before the show, but due to the thundery storms we decided to eat beforehand and head over just before the performance to ensure good seats and snap a few photos before we went in.

The play is one of a series of three, all set across the same weekend, with the same six characters. Although they weren't written to be seen in any particular order, we watched Table Manners first, last summer, which is set in the dining room, Living Together (in the living room) next and this was the final instalment; Round and Round the Garden (no prizes for guessing where this one was set!).

I have to admit to not having read or seen any of Aykbourn's other works, but if these are anything to go by, I think I'd thoroughly enjoy them. I loved the way the plays fitted together and despite the first being a year ago, it was funny to remember the scenes from that and realise how everyone's actions fitted in with each other. I do love a bit of live theatre and the acting was fabulous, with the characters having us in stitches of laughter.
Posted by char at 11:53