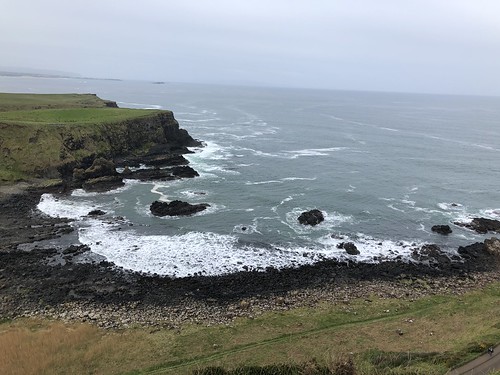 I must admit, I don't think I realised that taking a trip to Belfast would make me feel so uninformed. Whilst I had a vague understanding of the history and "Troubles", I don't think I'd expected it to be so apparent even now, when speaking to people, which side they fell into, or what their beliefs are. Having said that, we had a really great weekend and found everyone to be super welcoming and friendly. 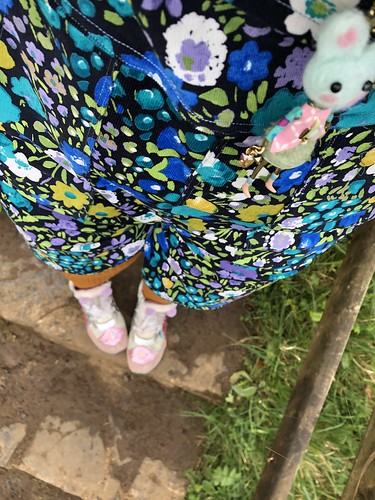 On the Sunday of our trip, we got up fairly early and headed into the city to hop onto our bus tour for the day. The main destination on the cards was Giant's Causeway; a collection of basalt columns (about forty-thousand of them in total). Volcanoes are pretty cool, I guess. 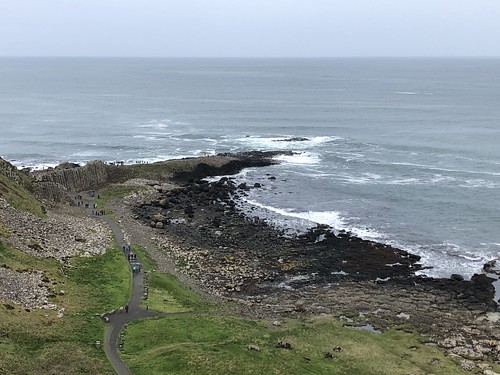 Our coach parked up at the visitor centre and we walked along the coastal pathway for a couple of miles until we could see the towers of rock. I kept getting around each corner, looking across and thinking "is that it?!" but in actual fact, when I did see them, it was quite an impressive sight. 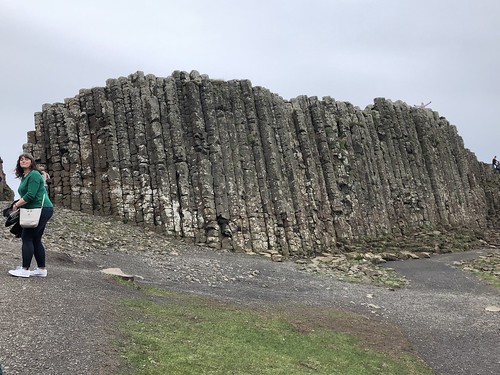 As we got closer to the towers, it's more impressive to see how the years have shaped them. Naturally, we did some exploring. And took some photos. 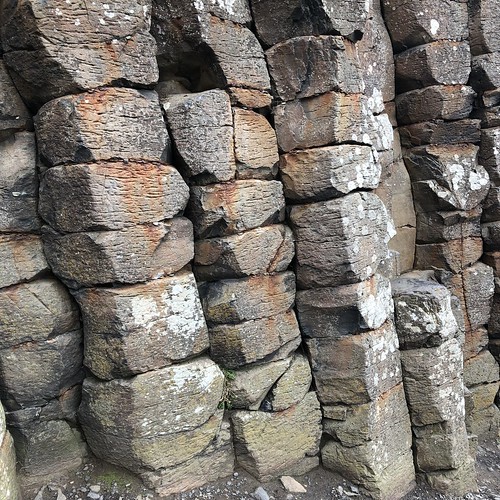 Plenty of photos in fact. 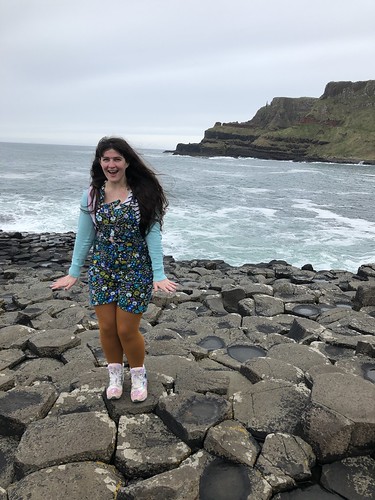 I think this may have been taken in the middle of some dance or other which I was trying to do. I was wearing my newly made Turia dungarees, plus thick tights due to the freaky Storm Hana weather. It was pretty cloudy and rainy all day. 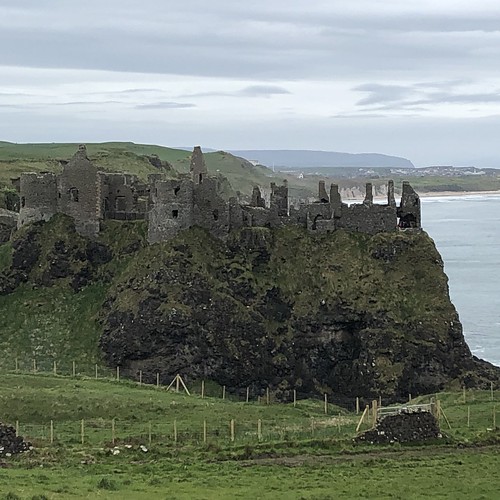 One of the stops on the tour bus was literally in a lay-by so that we could take photos of this castle ruins. I don't recall what it was called. 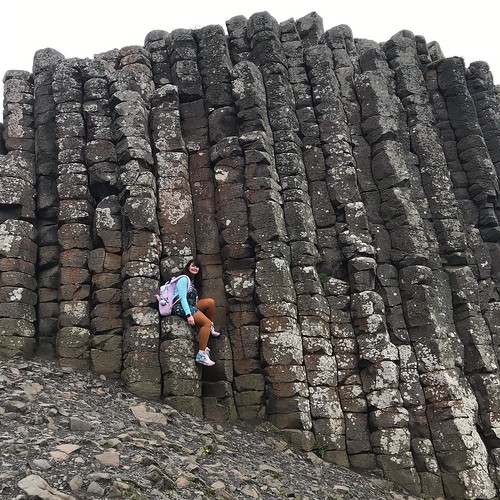 Just chilling on the rocks. As you do. 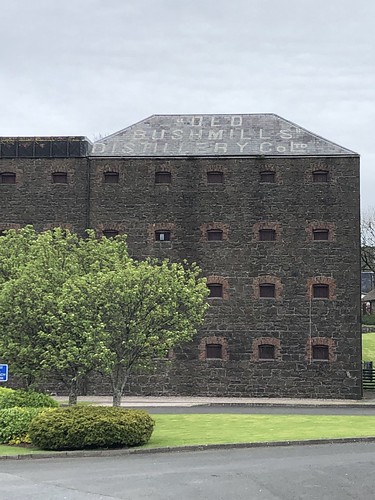 Next stop was at the Bushmills Distillery - not much of a destination for someone like me who doesn't like whiskey, but there was the chance to get a coffee. Becks and Lucy ordered a set of three tasting shots of whiskey and we played a game of trying to decide which one tasted the least like paint stripper, so that was entertaining. 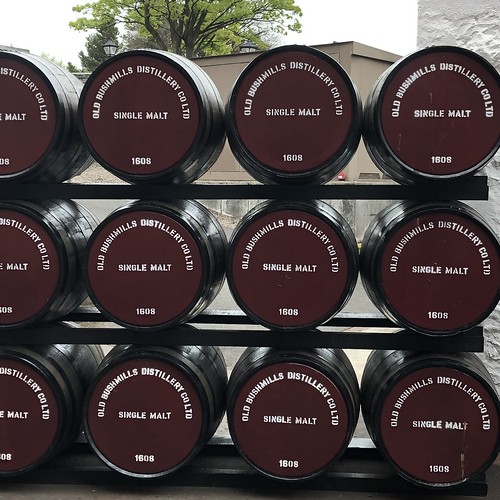 Then, back on the bus to head for the next stop, which was Carrick-a-rede rope bridge. One for the next post.
Posted by char at 13:03